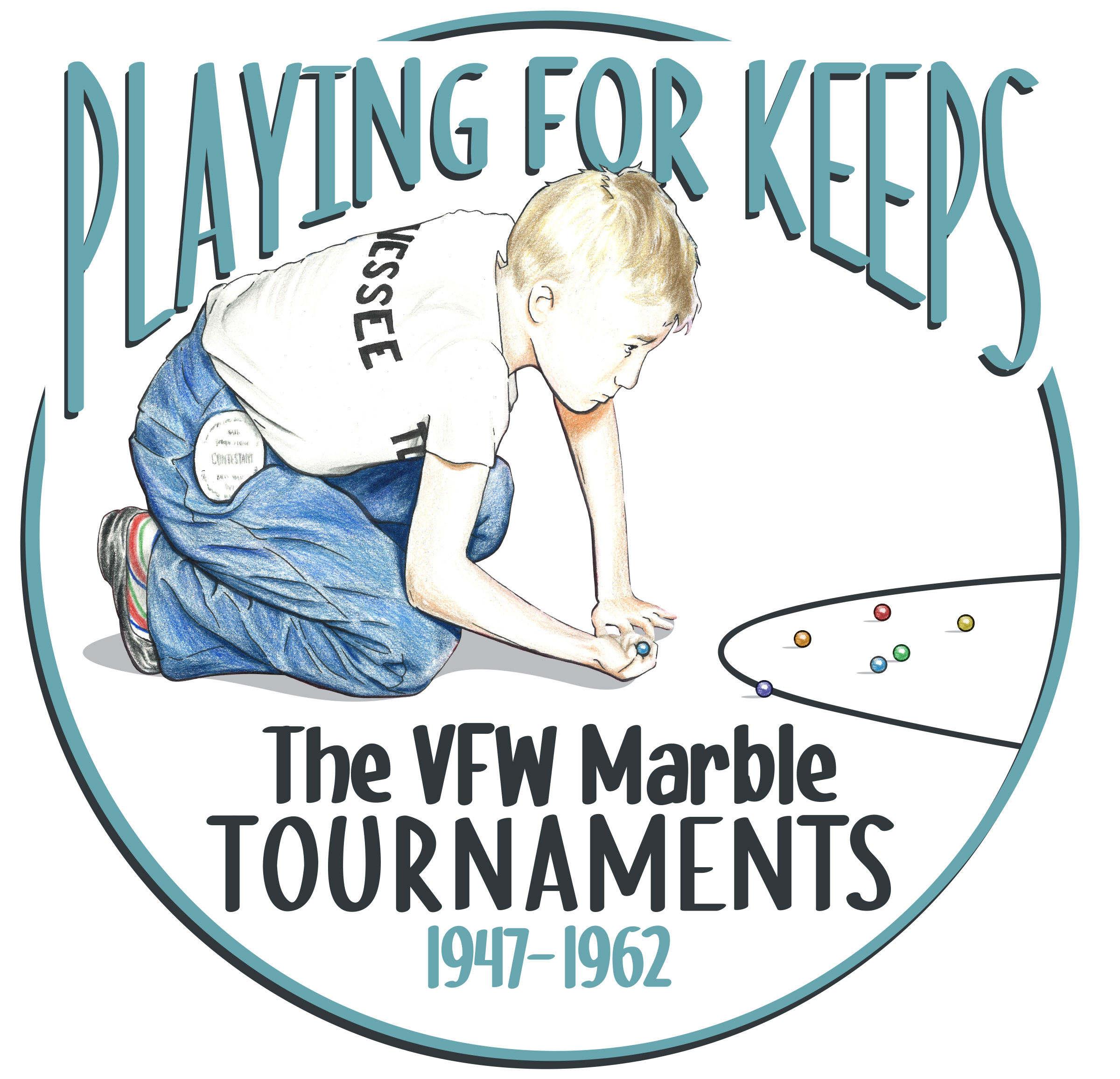 Marble playing ruled playgrounds for much of the twentieth century. Requiring only a handful of marbles and a patch of dirt, the game crossed all economic and social barriers. In 1947, the Veterans of Foreign Wars (VFW) created a national marble tournament to positively influence young boys and re-engage WWII and Korean War veterans in civilian life. The tournament, an annual event for 14 years, was a life-changing experience for the thousands of kids who participated. Playing for Keeps tells the firsthand stories of the players alongside their souvenirs, trophies, and marble memorabilia. Learn their stories and then knuckle down to experience the thrill of the game in a regulation-size marble ring.