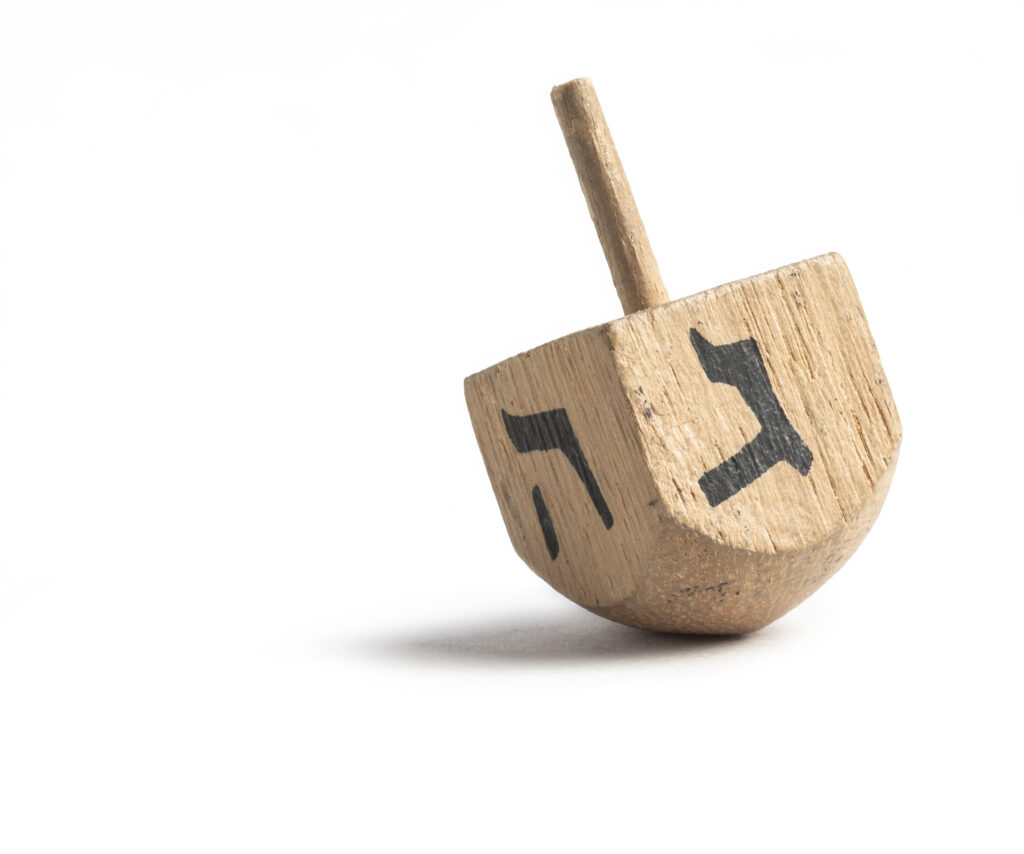 Looking for a fun seasonal holiday-related toy to take for a spin? Look no further than the Dreidel! This spinning top game is played during the Jewish Festival of Lights called Hanukkah (the Hebrew word meaning dedication). Dreidel is actually a Yiddish word that comes from the German word “dreyen” meaning to spin. In Hebrew, we call it a “sevivon,” also meaning to spin. But the Dreidel doesn’t exactly have Jewish roots. Most likely the Dreidel was influenced by the German winter holiday game “Teetotum,” a betting game involving a spinning top with different letters on the outside representing the different prizes a player wins depending on how the top lands.

So why do people who celebrate Hanukkah play with Dreidels? In ancient times, the Syrian Greek King Antiochus sent his soldiers to pressure the Jewish people to turn away from their religion, including the desecration of the Holy Temple in Jerusalem. But the mighty Macabee family led a successful revolt and later rededicated the Temple by lighting the Menorah (a special candelabra lit using oil). It is said that there was only enough oil to light the Menorah for one day but a miracle happened and the oil lasted for eight whole days.

On a typical Dreidel made outside of Israel, you’ll see the Hebrew letters that represent the phrase “nes gadol haya sham,” meaning a great miracle happened there, celebrating the miracle of the oil. Fun fact: if you see a Dreidel made inside Israel, it will have different letters, representing the phrase “nes gadol haya po,” meaning a great miracle happened here! Learn how to play Dreidel here.

Director of Jewish Experiences, A Collaboration of Jewish Federation and The J